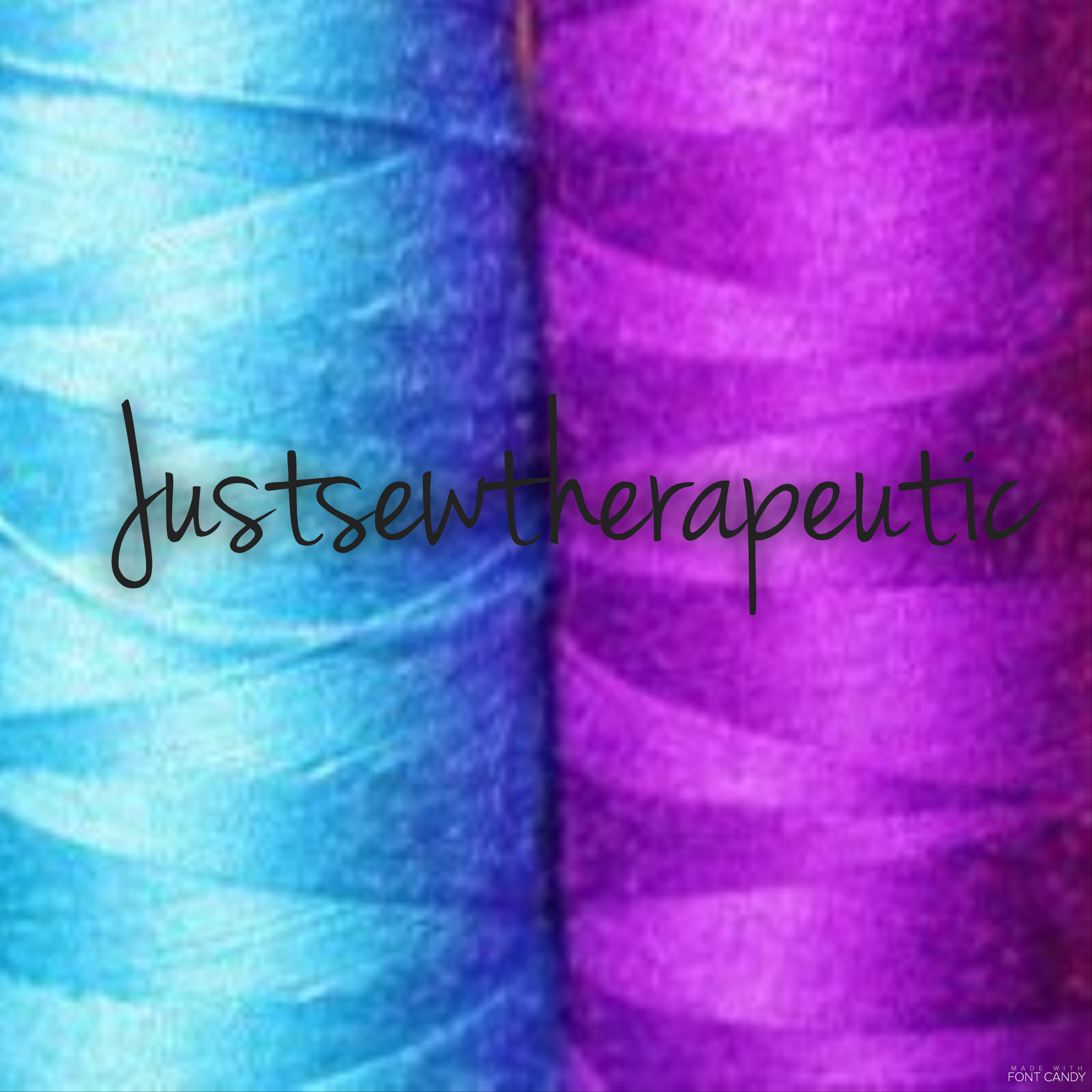 As the Camas blouse was the last thing I made I thought I’d show you the first this year. The fabric was a Christmas present from my Mother in Law, it’s one of Liberty’s 2015 collection called Hesketh (I can’t find it on the liberty website but it’s available here) This is the black and white colourway, it does come in navy and white (as well as grey) but I am trying really hard to move out of my blue comfort zone. 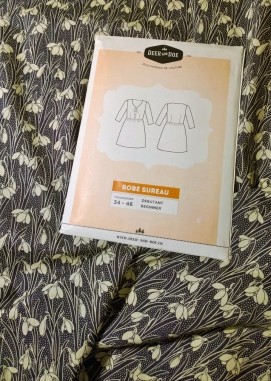 I decided not to risk using a new pattern and stick with my TNT Deer and Doe Sureau. I made it up exactly the same as my other ones (tried one of my other ones on to check it still fitted first!) cutting a 42 at the shoulder and grading to a 44 through the bust and waist.   I used a 9 inch zip instead of the 16 inch one suggested on the pattern and added side seam pockets underneath. Again I added a little cuff to finish the sleeves. I also remembered to curve the waist darts which seems to make a big difference to the fit underneath the bust. Instead of the gathers on the front placket I added two tucks.

Once the dress was finished the print was so busy you couldn’t actually see the placket. I thought adding buttons would look odd and after an Instagram poll agreed I left them off. 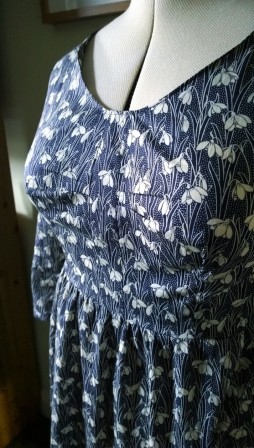 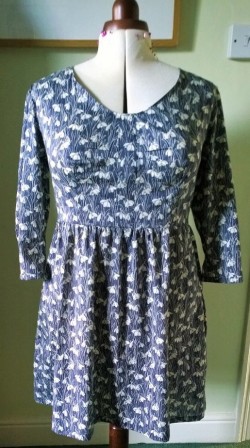 It was so good using an old tried and true pattern. Being able to just cut straight out and sew without all the hassle of working out sizing and fitting was a perfect way to start the year.

It’s a lovely (and very seasonally appropriate) dress.  Snowdrops are one of my favourite flowers and I have a snowdrop necklace which goes perfectly. While we are on the subject of Snowdrops mine in the garden have been behaving strangely this year. They are usually the first things to push through in January but they’ve been really late, only coming into flower at the end of February (I’ve even had Daffodils flowering before them) I think they must need a period of sustained cold before they start to grow and the mild winter we have had has confused them somewhat. Anyway, I digress! My other Sureaus have had so much wear, with boots in the cooler weather and sandals when it warms up.  I know this one will get year round wear too.  All in all it’s a lovely little pattern I’m so glad I gave it another outing! 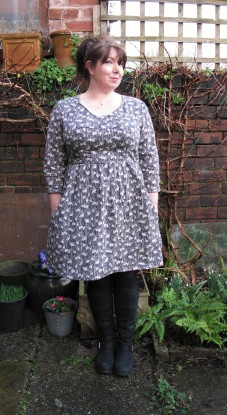 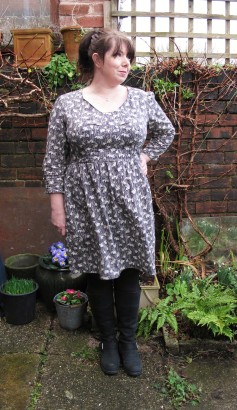 And then the wind got up…. 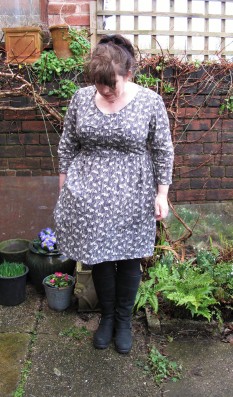 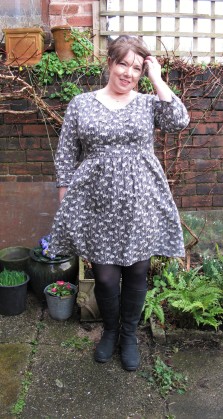 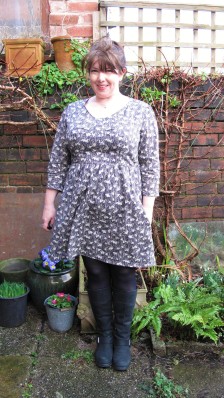 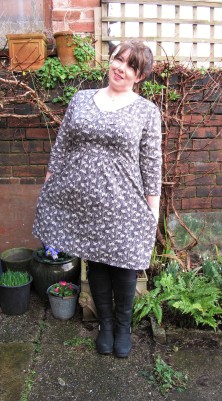 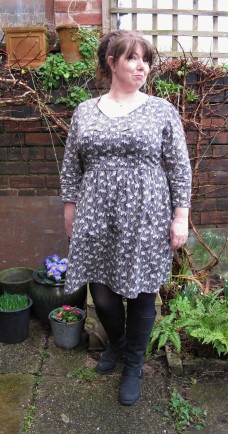 If I look rather dishevelled here, you should see the next ones!

This was a wonderful Christmas present and one which will last for years to come. I gave her a similar present this year, some beautiful Malabrigo yarn (which I really wanted to keep myself) and the Casu Cowl pattern as a ‘knit your own Christmas present’ thankfully she was pleased, so much nicer than perfume and pyjamas!

23 thoughts on “A Snowdrop Deer and Doe Sureau”